Laredo International Airport (LRD) is an essential part of transporting passengers and cargo in the Laredo region, which is home to the largest inland port on the U.S. – Mexico border. GRA quantified LRD’s impact in terms of employment, earnings, and economic output. Six different types of aviation activity were examined to determine their economic impact in terms of direct, indirect, and induced impacts. GRA estimated that LRD’s total economic impact was $272 million, driven by $172 million in added value. 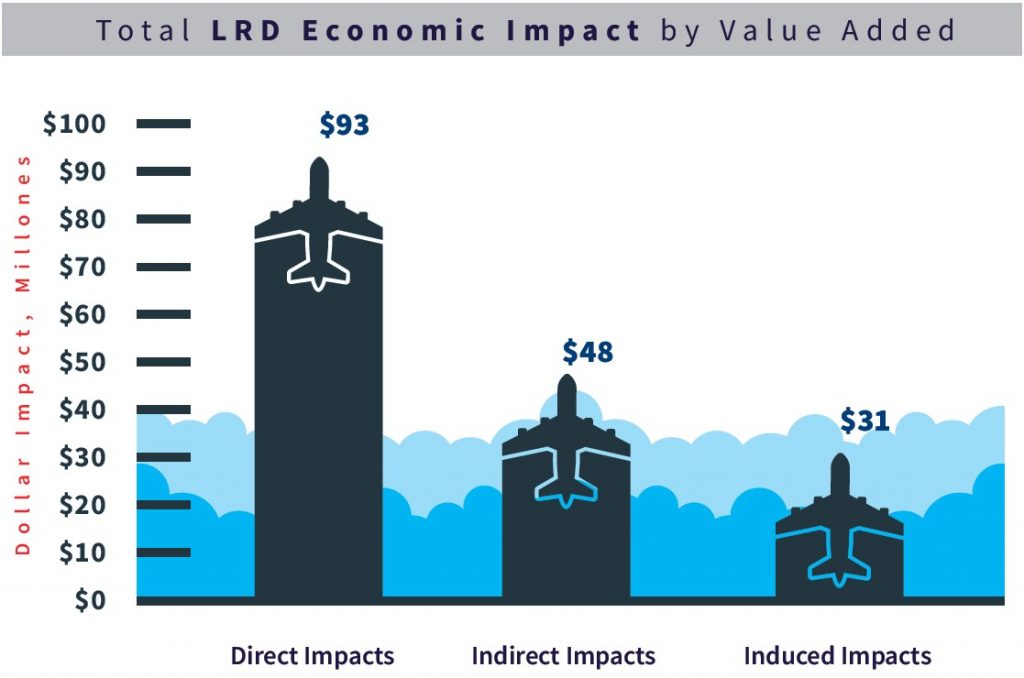 HAS requested an economic impact analysis of the three airports it operates, George Bush Intercontinental Airport, William P. Hobby Airport, and Ellington Airport. GRA examined the economic effects of the airports both on and off the airfields, including visitor expenditures, wages respent throughout the local economy, and detailed airport activity. Using state-of-the-art economic models, GRA determined the employment, earnings, and output impacts, concluding the total economic impact of HAS airports was $27 billion.

The FAA began a rulemaking process to amend existing flight, duty and rest regulations applicable to flightcrew members of passenger air carriers governed by Part 121 of U.S. federal aviation regulations (14 CFR 121). The goals were to recognize factors leading to fatigue, eliminate distinctions between different types of operations, and create regulations that would limit fatigue risks based on the most recent scientific knowledge. GRA assisted the FAA throughout the rulemaking process, using proprietary models to estimate benefits and costs of the proposed regulations, including the cost impact on crew scheduling and expenditures that would be required to install or upgrade rest facilities on different types of aircraft. The series of analyses enabled the agency to revise the regulations to ensure benefits would exceed costs. GRA also assisted the FAA in developing a concise, transparent regulatory impact report documenting the results of the benefit-cost analyses. The final rule, Flightcrew Member Duty and Rest Requirements, made substantial changes to regulations governing flightcrew member flight, duty, and rest requirements.

GRA has conducted several studies for ACRP, including:

EFFECTS OF AIRLINE INDUSTRY CHANGES ON SMALL- AND NON-HUB AIRPORTS

An African investor approached GRA to develop a world class airline in a large, high demand, but service deficient geographic area. GRA developed pre- and post-operation corporate strategies to source untapped demand via a quality capacity offer supported by a bankable business plan. Our professionals nurtured the airline from its stand-up phase through its current leading market position, helping the enterprise grow to a sustainable level, as one of the top West African air carriers.

The Houston Airport System (HAS) asked GRA to analyze the economic benefits of establishing scheduled international air service at William P. Hobby Airport. Our work supported HAS in their successful bid to gain approval for the construction of an international terminal at the airport that will meet capacity and security requirements. GRA was an integral part of the consulting team that developed projections of future international traffic and examined the impact on the Houston economy of additional aviation jobs as well as jobs created in other sectors by increased visitor spending throughout the region.

GRA produced a structured risk model for the Airport Cooperative Research Program to assist airport operators and planners in examining the impact of unexpected economic shocks like jet fuel price spikes on air service at commercial airports. Based on a statistical analysis of 20 years of data for virtually all commercial service airports in the U.S., the model is designed to use the most current market information, including oil price futures, to gauge the risk of over- or under-estimating future air service at individual airports. The model also projects estimates of changes in airport operating revenues and operating costs.